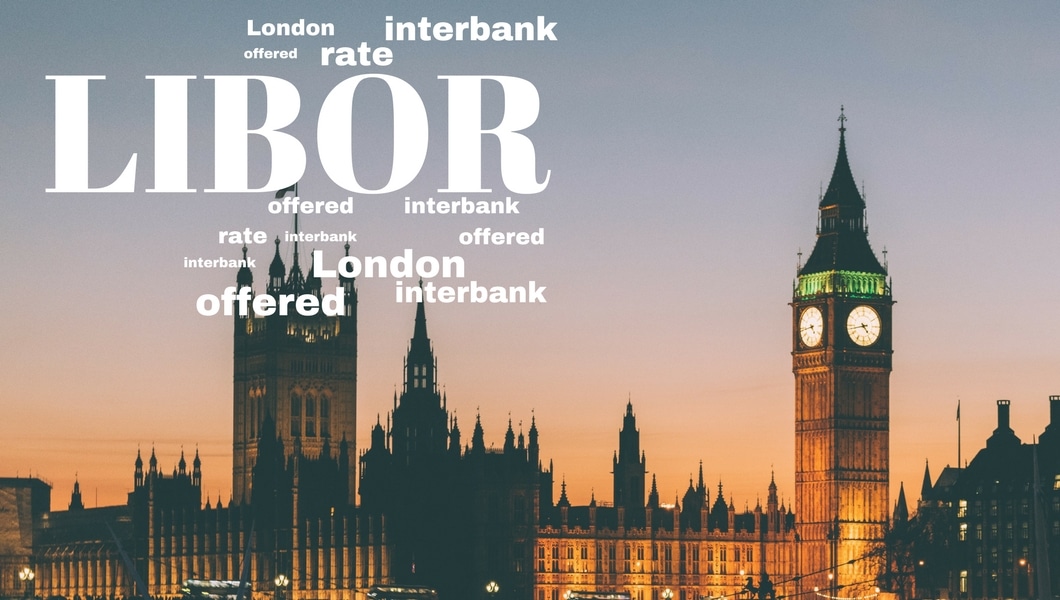 The London Interbank Offered Rate is the average of interest rates estimated by 16 international member banks that it would be charged were it to borrow from other banks. It is usually abbreviated to Libor or LIBOR, or more officially to ICE LIBOR (for Intercontinental Exchange Libor). It is the primary benchmark, for short-term interest rates around the world. Libor rates are calculated for 5 currencies and 7 borrowing periods ranging from overnight, one week, and 1, 2, 3, 6 and 12 months and are published each business day by Thomson Reuters.

Okay, break that down for me.

Sure. Let me give you a simple situation. Central banks of every country monitors and places a limit on the minimum amount of money each bank is to keep to maintain liquidity for the banks customers and facilitate withdrawals whenever required. A bank’s funds are in a state of constant flux with funds being lent and invested, while at the same time collecting deposits from their customers. So many a time a bank could fall short of this minimum required limit and would request quotes of the interest rate that member banks are willing to loan money at to cover this shortfall. Based on a number of factors, member banks would provide quotes of interest rates at which they are willing to lend the funds. Another way to look at this, is to understand that this is the minimum borrowing cost or cost of borrowing funds for banks, which would be repaid through loans and investments held in their portfolios.

How is this LIBOR calculated?

Every morning each bank submits the rate at which it is able to borrow money from member banks for varying periods and the highest and lowest 25% of submissions are removed to provide an average rate to determine the LIBOR. This way the extremes are not taken into account and hence reduces the fluctuation in the calculation. The average rate is then published by Thomson Reuters every morning at 11 a.m.

So what factors influence these interest rates?

Well to begin with, the state of the economy in which the banks operate influence these rates.

If the economy is in Inflation, it has excess funds in circulation. To curb this, the central bank will sell government securities in the open market or increase the required reserve percentage. When the central bank sells government securities, banks and citizens purchase these securities, and it thus reduces the money supply in the economy. How does this affect the LIBOR? Lesser supply of money among banks and its customers would make money scarce(less easily available than before) resulting in banks falling short of their required reserve requirement, and a greater need to cover their shortfall, and influences banks to charge each other a higher rate.

If the central bank increases the required reserve percentage, banks would be forced to withhold a larger percentage of deposits, and again result in an increase in interest rates that banks would lend each other to cover their shortfall. This would in turn result in banks charging their customers a higher rate on their loans and reduce money supply in the economy.

On the other hand if the economy were in a recession there would be lesser supply of money and the central bank would buy securities from banks leaving them flush with cash, leading to lower rates being charged to member banks, and in turn lower rate loans for the public to encourage spending.

The central bank could also lower the required reserve percentage, leading to an increase in funds by member banks and again result in lower interest rates.

Credit Risk refers to the risk of repayment of a loan, or the possibility that the borrower may default on their loan. In times of tight liquidity for banks, their credit risk or their risk of default increases. In order to compensate for this risk the lending bank will charge a higher rate for inter – bank loans. In other words, the banks will charge a higher LIBOR rate during this period.

This is the rate at which US Banks charge loans to their most credit worthy customers, or those who have the least risk of default. The prime rate is not a single rate, it is an aggregate of the rates that various banks charge their most credit worthy customers, and is collected and published by the Wall Street Journal. However, for banks to be competitive the rates charged by the various banks tend to be similar. The link between the Prime rate and the LIBOR arises as in both cases the money is lent to large corporations or banks respectively who are expected to have a very low risk of default. The Prime rate will however be higher than the LIBOR to take into consideration the profit percentage that banks will charge over and above the LIBOR. The prime rate is approximately 3 percentage points above the funds rate which closely follows the LIBOR. This one’s a bit technical, it refers to the difference between the LIBOR rate and the Overnight Index Swaps(OIS). To put it simply, the OIS is the rate at which money can be lent on an overnight basis. The LIBOR rate used for loans is typically a 3 month rate. The overnight rate is almost certainly going to be lower than the LIBOR rate as the risk of default for money lent overnight is lower than money lent over a period of 3 months. However, when this overnight rate is estimated and collated for a 3 month period, you should expect to see a very small difference or spread between these 2 rates(LIBOR and OIS). A large difference between these 2 rates opens up possibility of investors borrowing at the lower rate(OIS) and lending at the higher rate (LIBOR) and earning a large risk free return. (This process of benefiting from differing rates between 2 markets is called arbitrage and such opportunities rarely exist, for as/if they open up investors tend to exploit the difference resulting in increased demand which will push the lower rate up towards equilibrium again.) A large difference between these 2 rates implies that banks are not willing to lend at a low rate for any period implying that there is an increase in the risk of default in the market; ex: during the time of a crisis.

This spread can thus be looked at as a measure of risk in the banking market.

Wow okay! So how is the LIBOR expected to move in the future?

The LIBOR is currently at about 0.6%, one of its lowest rates, but is projected to reach 2.5% by 2020. That’s what is projected at least, unless they pull another scam.

You mean there was a LIBOR scam before?

Oh yes, there was. Barclays and fifteen other global financial institutions came under investigation by a handful of regulatory authorities—including those of the United States, Canada, Japan, Switzerland, and the UK—for colluding to manipulate the Libor rate beginning in 2003. During that period, swaps traders often asked the Barclays employees who submitted the rates to provide figures that would benefit the traders, instead of submitting the rates the bank would actually pay to borrow money. Certain traders at Barclays coordinated with other banks to alter their rates as well. During this period, Libor was manoeuvred both upward and downward based entirely on a trader’s position. Regulators in the United States, the UK, and the European Union have fined banks more than $9 billion for rigging Libor, which underpins over $300 trillion worth of loans worldwide.

Following the onset of the global financial crisis of 2007–2008, Barclays manipulated Libor downward by telling Libor calculators that it could borrow money at relatively inexpensive rates to make the bank appear less risky and insulate itself. The artificially low rates submitted by Barclays came during an “unprecedented period of disruption”. It provided the bank with a degree of stability in an unstable time.

The investigation into UBS focused on trader Thomas Hayes, whose alleged rigging led him to post profits in the hundreds of millions for the bank over his three-year stint. After Hayes was arrested in December 2012, UBS executives took the blame for creating a system in which traders were rewarded with large bonuses if they agreed to take part in the scheme. At the same time, collusion allegedly occurred between Hayes and traders at RBS, which is majority owned by British taxpayers, in order to affect submissions across multiple institutions.

Sounds like these bankers always have something up their sleeve.

I’m glad you brought that up. Recently there were reports that Fannie Mae(A U.S. Bank that was bailed out in the 2008 credit crisis by the U.S. Government) has begun to start lending loans to individuals with a credit score lower than banks would normally accept, which is what lead to the Sub-Prime crisis or credit crisis in 2008. Let’s hope they learnt their lesson from the last time.

One response to “Learning LIBOR”

Getting Industry Ready Before You Complete B.Com

Hello! We are now live !